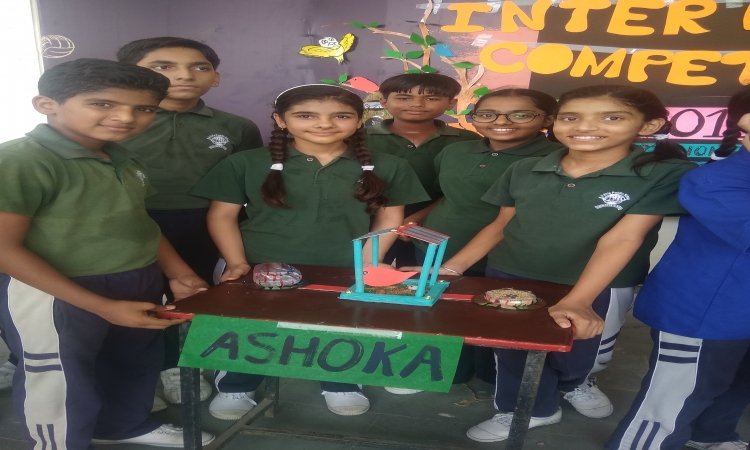 1.    If we re-arrange Ashoka, Raman, Shivaji & Tagore in a certain order, their first letters form an acronym ‘STAR’ which sounds creative. The word “STAR”, they assume they are “stars” too, all shiny & talented.

Make it (19 February 1630 - 3 April 1680), also known as Chhatrapati Shivaji Maharaj, was an Indian warrior king and a member of the Bhonsle Maratha clan. Shivaji carved out an enclave from the declining Adilshahi sultanate of Bijapur that formed the genesis of the Maratha Empire. In 1674, he was formally crowned as the Chhatrapati (Monarch) of his realm at Raigad.

Rabindranath Tagore, also written Rav?ndran?tha Th?kura, sobriquet Gurudev, was a Bengali polymath who reshaped Bengali literature and music, as well as Indian art with Contextual Modernism in the late 19th and early 20th centuries. Author of Gitanjali and its "profoundly sensitive, fresh and beautiful verse", he became the first non-European to win the Nobel Prize in Literature in 1913. Tagore's poetic songs were viewed as spiritual and mercurial; however, his "elegant prose and magical poetry" remain largely unknown outside Bengal. He is sometimes referred to as "the Bard of Bengal"

King Ashoka was an Indian emperor of the Maurya Dynasty, who ruled almost all of the Indian subcontinent from c.?268 to 232 BCE. He was the grandson of the founder of the Maurya Dynasty, Chandragupta Maurya, who had created one of the largest empires in ancient India and then renounced it all to become a Jain monk. One of India's greatest emperors, Ashoka expanded Chandragupta's empire, and reigned over a realm that stretched from present-day Afghanistan in the west to Bangladesh in the east.

Sir Chandrasekhara Venkata Raman (7 November 1888 – 21 November 1970) was an Indian physicist born in the former Madras Province in India presently called as Tamil Nadu, who carried out ground-breaking work in the field of light scattering, which earned him the 1930 Nobel Prize for Physics. He discovered that when light traverses a transparent material, some of the deflected light changes wavelength. This phenomenon, subsequently known as Raman scattering, results from the Raman effect. In 1954, India honoured him with its highest civilian award, the Bharat Ratna.